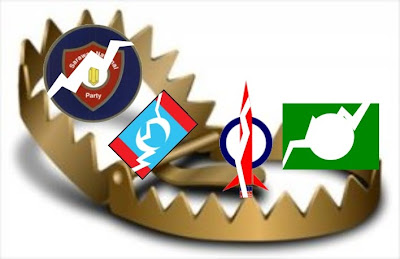 Looking at the current scenario, I dare to say personal attacks and wild accusations against Pehin Abdul Taib Mahmud would not change a bit the support towards Sarawak Barisan Nasional (BN).

Of course, Pehin Abdul Taib Mahmud record as Chief Minister of Sarawak for 30 years is not perfect and filled with all sort of allegations by his opponents. It is the only way for Anwar & Co to capitalise through the disadvantages of direct exposure Pehin Abdul Taib Mahmud made by his enemies, including family wealth both domestically and abroad.

But ever wonder why the people still choose BN as the state goverment after all these years. Through several analysis and prediction, support is expected to remain unchanged.

Why the opposition failed to capitalise and overthrow Pehin Abdul Taib Mahmud from the throne, even so much ugliness made to public over the years? The opposition coalition in Sarawak include DAP, SNAP, PKR, and PAS.

The answer is quite simple. Sarawak people still do not trust the opposition. DAP and other coalition parties including SNAP still unable to compete with the ruling party in all aspects. That's the fact!

None of the opposition candidates could strongly compete with the caliber of BN MPs present. Or to get even at par with BN candidates I presume, quite difficult though. 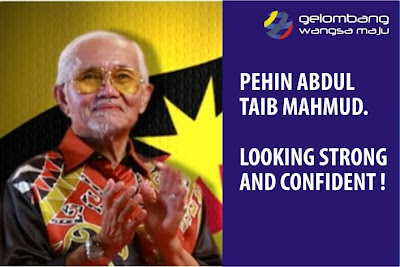 PKR action are seen to be the 'King of the Opposition' in Sarawak which could cause divisions among the other opposition parties. SNAP's the oldest opposition parties on earth are having difficulties and fighting with PKR, as reported.

PKR is not as strong compared to SNAP and DAP. People of Sarawak have not shown any signs that they may receive PKR to replace BN. Bear in mind, in the 2006 state election, PKR won only one seat is Dominic Ng in Padungan.

Moreover, the party's MPs are problematic and the 'good guys' have left the the building for good. Chairman, Anwar Ibrahim is being tried on sodomy charges. He is also facing allegations of sex video distribution. With today's court decision to allow three specimens taken from the jail can be accepted as evidence for DNA, would definitely jeopardise chances of winning.

PAS is not expected to win any seats as in 2006 even though the party will contest the six seats are reported in the majority Malay-Bumiputera. The chances are really slim.

Their only chances are through DAP and SNAP. But after the election in Sibu, people have become increasingly angry with the DAP for failing to keep its promises. The people began moving towards BN again. In short, the opposition is heading for disaster.

The people of Sarawak are getting wise to accept BN who has served the community without failed. Rather than by the order of 'Anugerah Tuhan' Anwar Ibrahim!